By entering your email address you agree to our Terms of Use and Privacy Policy and consent to receive emails from Time Out about news, events, offers and partner promotions.

Thanks for subscribing! Look out for your first newsletter in your inbox soon! 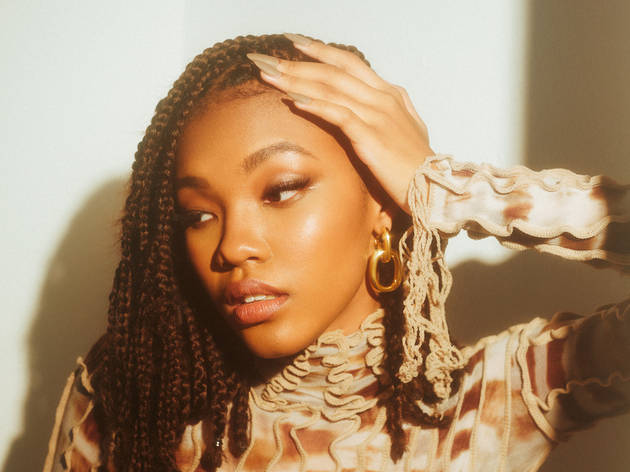 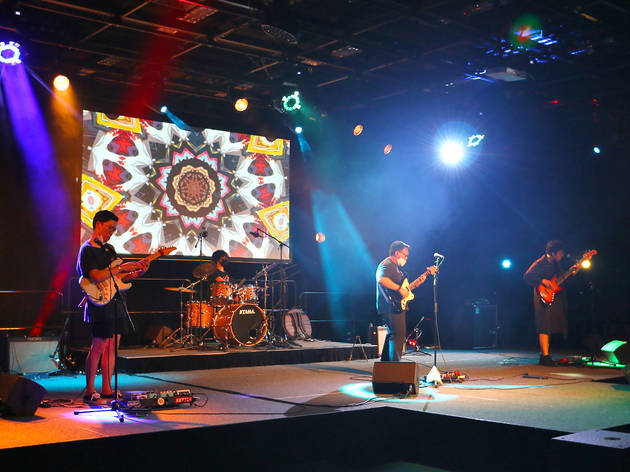 The best online and offline music performances in Singapore 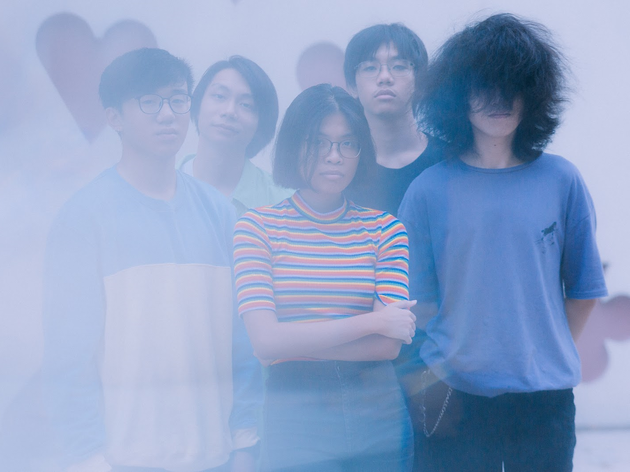 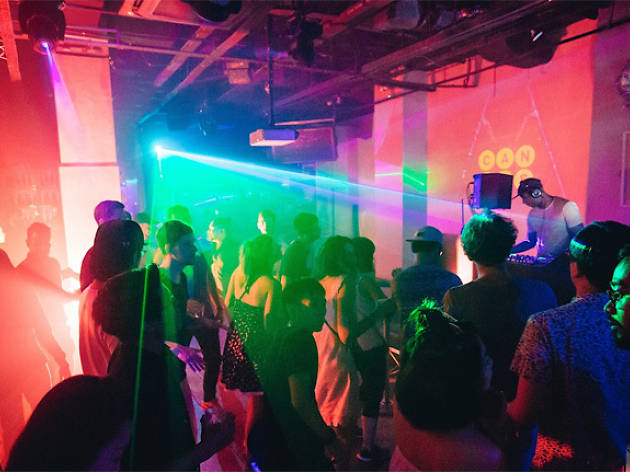 Some nightlife spots, including bars and karaoke lounges, to reopen under pilot program

Selected businesses, including bars, pubs, karaoke lounges, and clubs will finally be allowed to open their doors again – but with strict measures in place 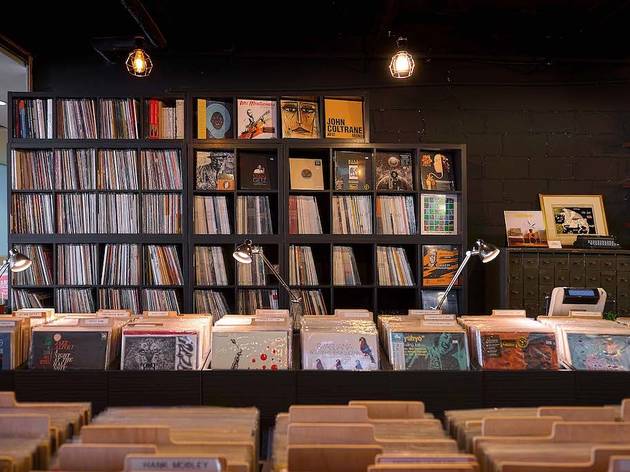 The best record stores in Singapore

Expand your vinyl collection with box sets, limited editions and 7' singles from these record stores 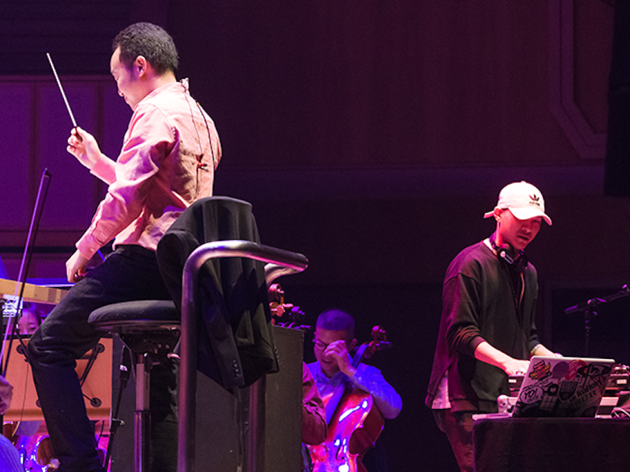 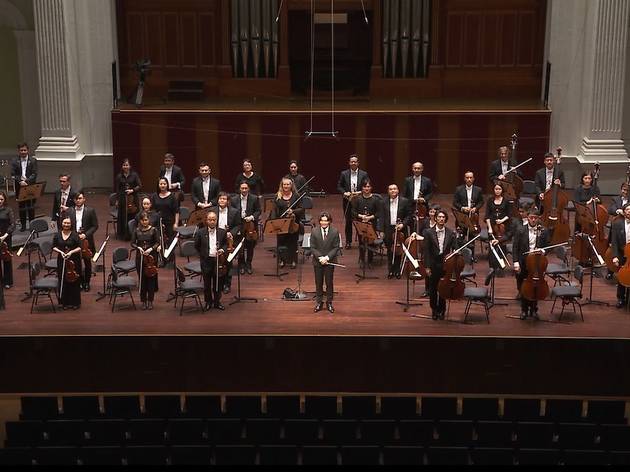 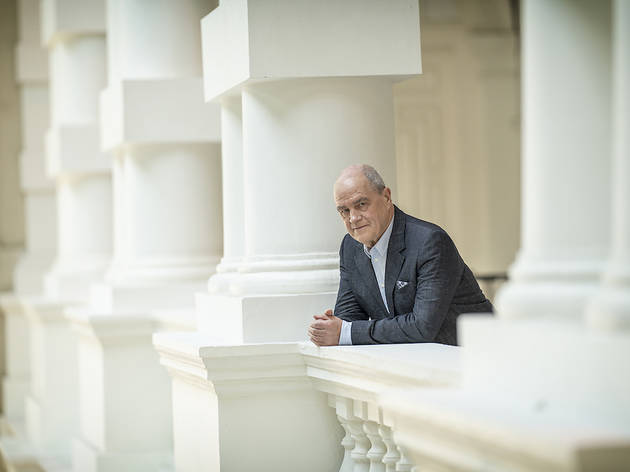 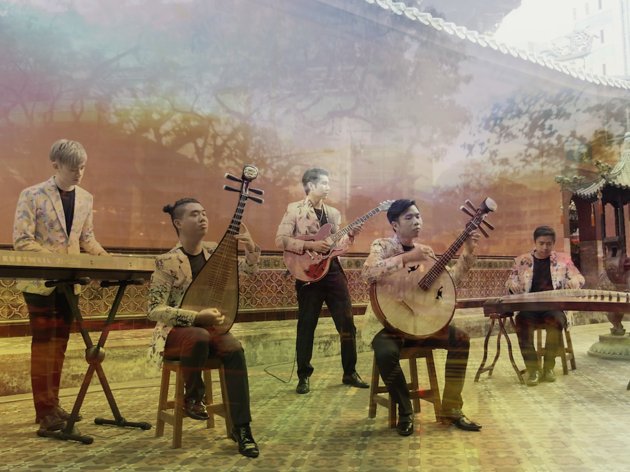 Taking a page out of Slowdive’s dream pop, shoegazing books, Subsonic Eye burst into the music scene in Singapore with their debut album Strawberry Feels back in 2017. It was lauded by Bandcamp as “New & Notable”, making it one of the bestselling dream pop and shoegaze releases of the year – not bad for an emerging local band. The homegrown indie-rock quartet then pushed the boundaries of their shoegaze forged beginnings and made a conscious effort to shift their sonic presentation while retaining their signature dreamy sound in their sophomore release Dive Into – which is worthy of a play on maximum volume.  But the circuit breaker struck this year and the band went back to basics with the release of an unplugged EP titled Bedroom Sessions – fitting for the stay home period. It was also released as a show of solidarity for migrant workers, with all sale proceeds donated to the non-profit organisation TWC2.  Continuing with the ethos of bringing people together through the power of music, the band has live-streamed intimate gigs and virtual concerts a la Baybeats 2.0. And soon, they’ll be taking over your screens as part of the annual Rock & Indie Festival (RIF) on November 21, in which they’ll perform from LASALLE College of the Arts. But before they plug in and jam on, we chat with the band about virtual concerts, the new EP, and the best salted egg chicken in Singapore. RECOMMENDED: 50 best local songs to have in your music playlist and Local Vocal: fresh music from Singapore this week Photograph: LASALLE College of the Arts Hi Subsonic Eye! First things first, what gets you excited about Singapore?Anything with salted egg! We’re especially fond of Taste Good at Sim Lim Square. They’ve got the best salted egg chicken. You recently released the Bedroom Sessions EP. Share with us the inspiration and creative process behind it.We actually wrote some of the songs back in 2016 when we were just experimenting with music in our rooms with no real aim. They were actually scheduled for an exclusive cassette release but it didn’t come through. Fast forward to 2020, we have two new members on board – Lucas on drums and Jared on guitars – and they contributed new parts to the songs which really helped freshen the sound. The EP's release is a show of solidarity for migrant workers, with all sale proceeds donated to non-profit organisation TWC2. Is this a cause close to your heart? Tell us more.It's a really sad situation. All of Singapore’s infrastructure, roads, and pavements are built by migrant construction workers that we just take for granted. We owe it to them to help them out in whatever way we can, especially when we're in a position to help. You were recently part of Baybeats 2.0, and the Rock & Indie Festival is up next. What can we expect from your show at RIF?The pre-recording for RIF was actually a couple of weeks before Baybeats, hence, we were quite nervous during the performance. It was our first time on stage in a few months, but after warming up, we found our feet and it was great to be able to jam with everyone! What's it like putting on a virtual concert? How comparable is it to a live staged show?It’s a pretty funny and surreal experience because, for starters, you're in a completely empty room with the crew only for company, and then you have to pretend there is an audience that you're rocking out with. We're a band that feeds off the energy of a live audience so pre-recording a performance to imaginary spectators isn’t something we're fond of. It’s a strange time we’re living in right now. The pandemic has emphasised all the more how important art is during times of isolation. There's no doubt that the pandemic has affected the local arts/music scene dramatically. What does it mean to be a musician during these strange times?The pandemic has emphasised all the more how important art is during times of isolation. Many are turning to music, movies and other creative pursuits to keep them sane during lockdown, so as musicians, we are happy that we are able to help people feel connected to one another in these strange and difficult times. Now that live performances are slowly returning to the stage, can we expect a live gig soon?We have something cooking in January. Stay tuned. What's next for Subsonic Eye music-wise?A new, full-length album is coming up, so we’ll be releasing more details soon! Lastly, who do you have playing on repeat?We've been thinking a lot about the unfortunate end of the band Her's, so they've been on repeat for a lot of us. Set your alarms for Subsonic Eye's performance at Rock & Indie Festival on November 21 via Facebook and YouTube. 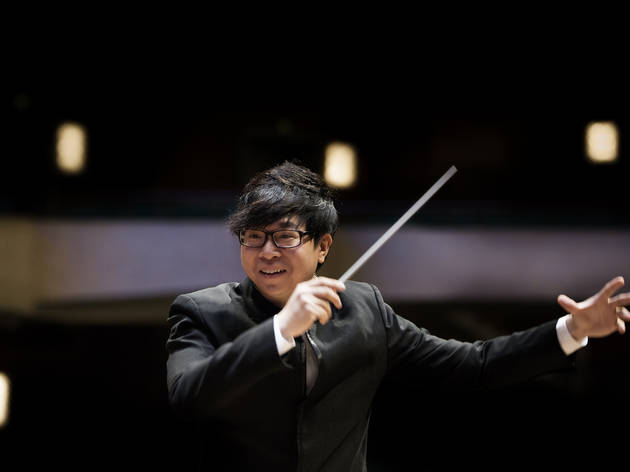 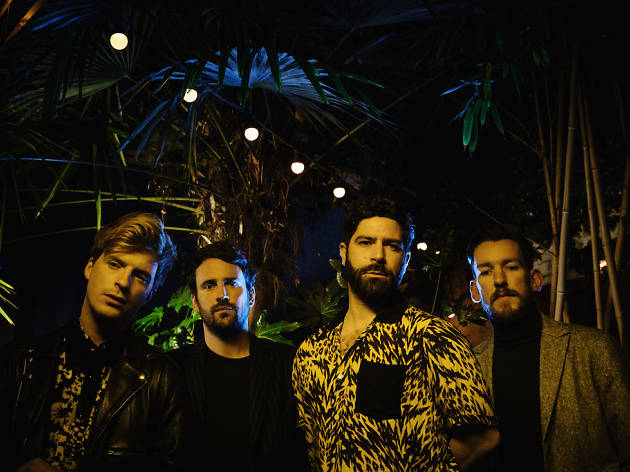 One man down and two new albums up – that’s how Oxford-hailing math-rock band Foals have decided to recalibrate and rise from the ashes since the departure of bassist Walter Gervers. While indie bands from the Noughties come and go, the now-quartet has shown no signs of slowing down and continue to scale new heights with their brand of amorphous rock. Their ambitious 2019 records – Everything Not Saved Will Be Lost Part 1 and Part 2 – together make up a two-album epic since the acclaimed 2015 instalment What Went Down. Tracks, including the lead single Exits, encompass the band’s signature explosive riffs, heavy groove and profound lyrics that create sweeping sonic landscapes in one intricate banger. And what an arresting experience to hear their gargantuan sounds live. If you've been to a Foals show, you'd know it's one for the books – they even won Best Live Act at the Q Awards. Prior to dominating the stage at Garden Beats on February 29, we chat with rhythm guitarist Jimmy Smith about the new albums, any live show shenanigans they’ve got planned, and the celebrity whose number he’d love to have. RECOMMENDED: Upcoming music festivals and concerts in Singapore Photograph: Shutterstock/Ben Houdijk What gets you excited about Singapore?We’ve had some great shows in Singapore, so it’s got to be the fans. The food is great too, especially the (hawker food). Garden Beats marks your return to the Lion City. What can we expect at your headlining show? We’ll be playing a bunc 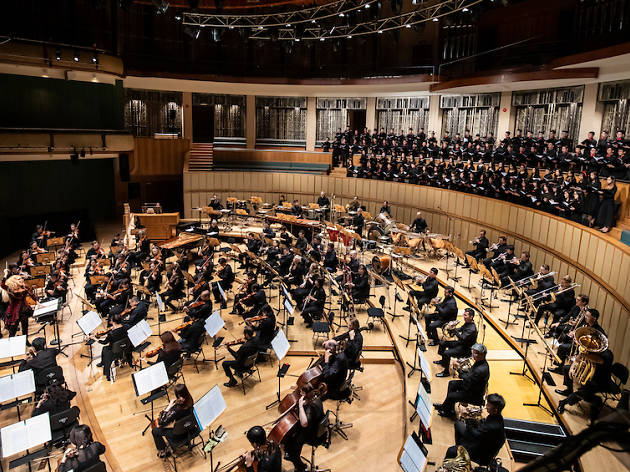 With plenty of music venues and exciting concerts in Singapore, there's absolutely no excuse to go without music including jazz, rock, hip-hop and even classical music. But classical music goes beyond Bach, Beethoven and Mozart. Backed by an orchestra of strings, woodwinds, brass, percussion, and occasionally, a choir, it takes shape in various forms. Learn more about Singapore’s from the people who know it best. RECOMMENDED: The best live music venues in Singapore and upcoming concerts in Singapore 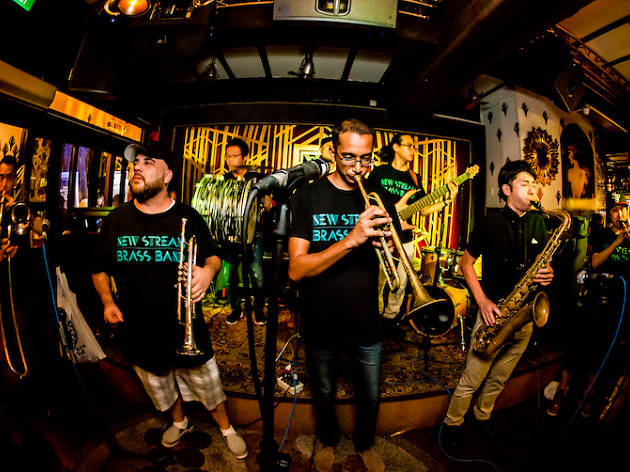 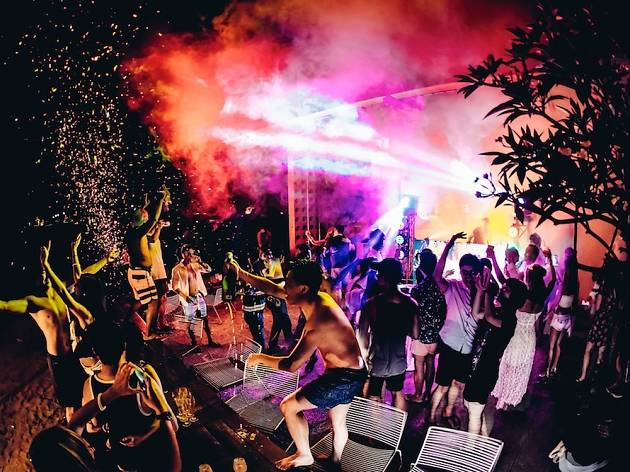 The best nightclubs in Singapore 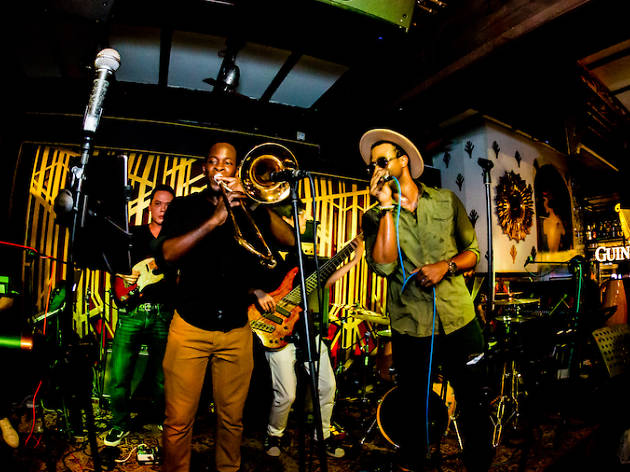 The best jazz bars in Singapore 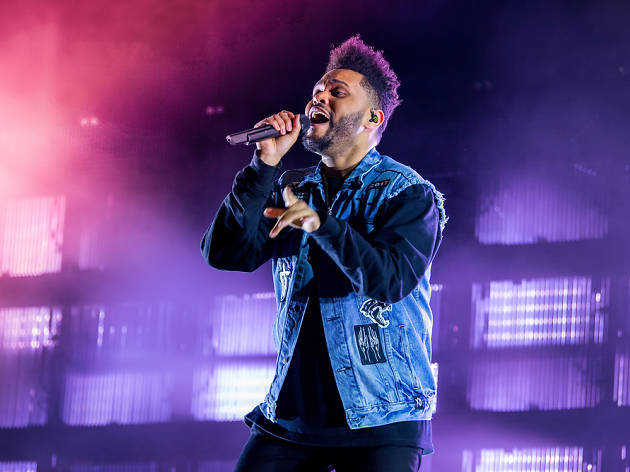 The best upcoming concerts in Singapore 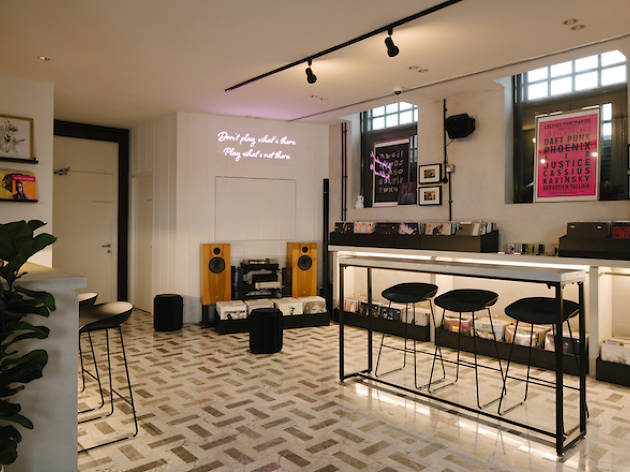 The best record stores in Singapore 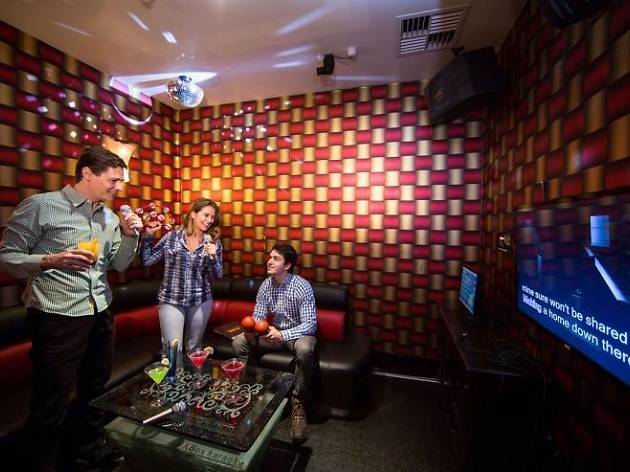 The best karaoke bars in Singapore

Local artists you should know 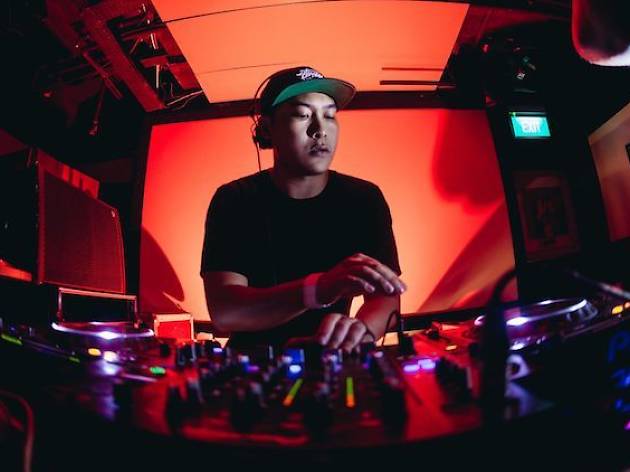 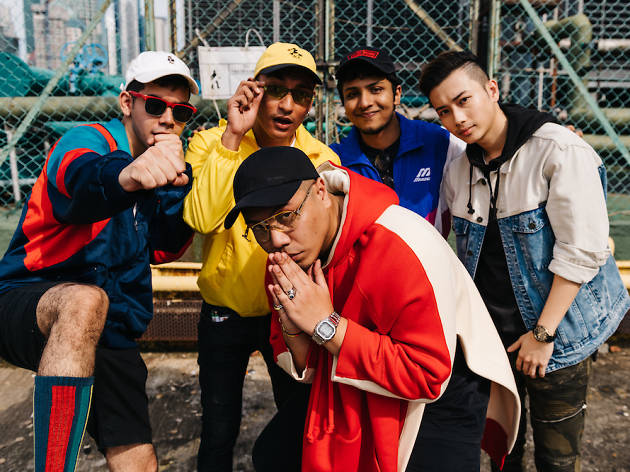 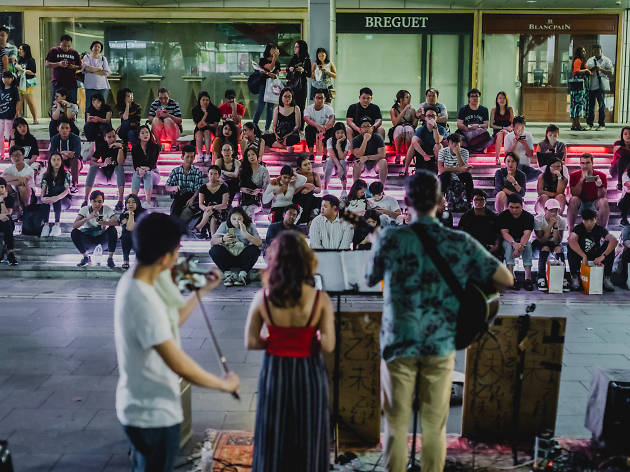 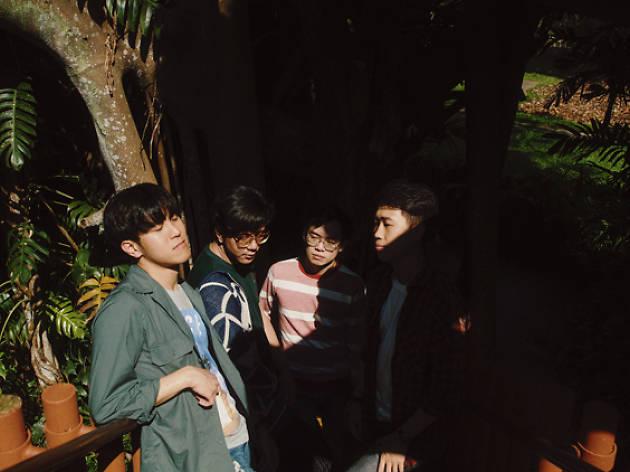 Local music acts to look out for in 2018

Get us in your inbox

By entering your email address you agree to our Terms of Use and Privacy Policy and consent to receive emails from Time Out about news, events, offers and partner promotions.

Thanks for subscribing! Look out for your first newsletter in your inbox soon!